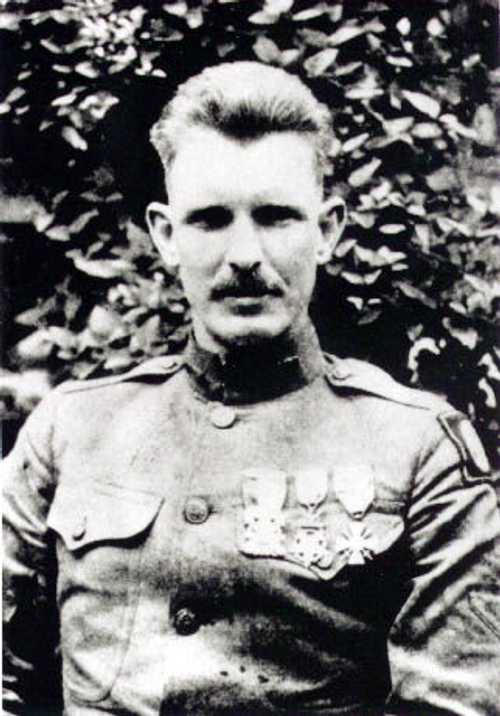 Alvin Cullum York was a WWI American soldier and medal of honor recipient. He is one of my ancestors. During WW2 he tried to re-enlist in the Army but was denied because of his age. He went on war bond tours and made appearances at events that supported the war effort, he was also involved with military recruiting as well as inspection tours of American soldiers in training.

This is a companion discussion topic for the original entry at https://www.ww2incolor.com/gallery/homefront/31229/alvin-cullum-york
Neutral April 28, 2010, 2:06pm #2

gsellars, there were air raid warnings in Canada during WW2? Never would of thought, Canada being so far away from any theatre of operations, I know there were some in the West coast of the U.S. right after Pearl Harbour, mainly due to the fear of an invasion, but not in Canada. Interesting info. Cheers

His story and movie are a favorite of mine. Truly he was a hero long before the First World War and long after.

I lived in Houston, Texas during the war, and we had air raid drills in the city in the schools, and several times at night to see that everyone got their lights out. It was a big deal for us kids.

My grandfather also tried to enlist in ww2, but he had been gassed during the first war and had been shot through the upper thigh on Nov 11, 1918 at 1:30 in the afternoon. Technically the first war ended at 11:00am Nov 11. He was turned down due to poor health. He decided at that point that he would not participate in the war in any way…He ignored air raid warnings and any other incident. He passed away in the late 1960’s