A MkIV heavy tank just arrived at the facility from Aniston (so I’m told) it is to be repaired, and preserved, but not restored to functional status. The Facility Cited age, lack of parts, etc.(and funding I’ll wager) as the reason. They just break too easily. 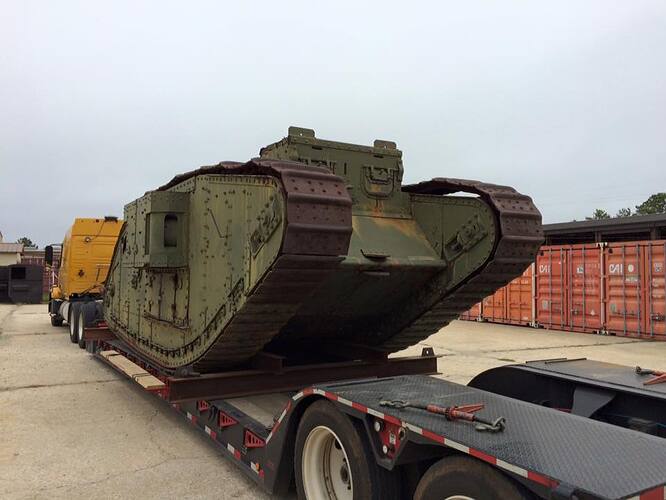 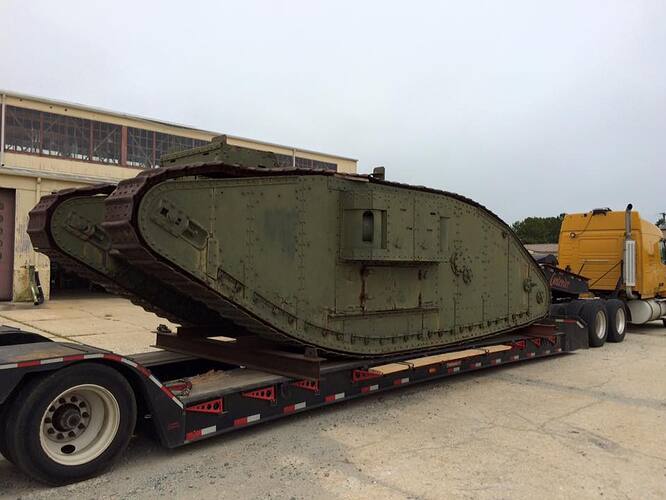 Nice! Would like to see that up close. The National Museum of the Pacific War in Fredericksburg, TX has (the last time I was there) a functional Stuart and a functional Sherman tank, those are the only tanks I’ve had the opportunity to see.

Bovington Tank Museum has stopped running its WW1 tanks due to age and growing fragility of parts (just costs too much to maintain), they have however got the replica from ‘Warhorse’ to use as a running vehicle instead.

True, after so many years, the things have a hard time supporting their own weight, the MFG processes were none too keen in those days, and carburizing the steel for the armor was less precise than it might have been. This resulted in uneven carburizing, inconsistent heat treating, which gives rise to cracking under strain, unreleived stresses, on and on. These same conditions also accounted largely for the spalling problem the thin armor experienced. The Benning people were happy it arrived standing on it’s own.

Often stored outside or on outside display with a cursory external paint job now and then - the internal frames rot and the plates start to crack - without any vibration from them being moved.

Very true, here is one more image of the MK IV, showing some damage, and weathering more clearly. 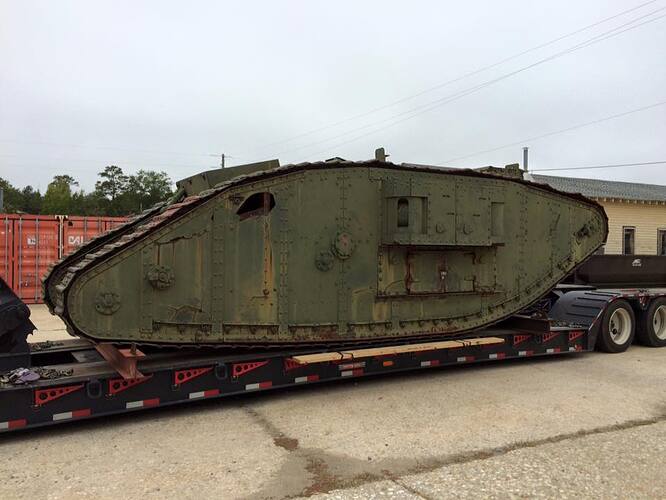 In a slightly related item

Len Dyer makes some really good, and useful videos, I didn’t get to meet him while I was there to see Cobra King, but did meet a few of the others in the restoration crew.

Tank Talks and Tank Chats from Bovington are good series

Just saw this. Restoration of WWI tanks is not a realistic option, for the most part. The main reasons are mentioned in previous posts. The truth is that they were always fragile (frangible armour was commonplace; some Renault FT 17s even contained wooden parts), and no amount of scavenging can produce a reasonable supply of parts. I suppose the installation of “non-authentic” engines and parts could produce something mobile- but this would be very, very costly. Also, it would not address the basic fragility of the subjects. In the case of the classic, lozenge-shaped British Infantry Tank, this is accentuated by the fact that the great majority of survivors (most were scrapped) were employed as part of war memorials in Britain and France. These were typically displayed in the open air in all weathers - and the weather in western Europe can be pretty hard on metal. As mentioned in a previous post, the often-cash strapped local authorities of the 1920s and '30s did not regard keeping these monuments in good condition (dealing with rust, regular painting and so on). All in all, getting one of these things to run a hundred metres without shaking itself apart would a daunting and very costly project.

Still - great to see museums taking on the task of restoring and preserving some of these relics to good non-running order (at least as far as the exterior is concerned. And preferably displaying them under cover. There are good examples of the British Infantry Tank, the Renault FT 17 and the British Whippet in the collection of Belgium’s Museé de’l Armee in Brussels, safely under cover as part of its impressive WW1 collection. Until recently at least, their collection of later tanks was displayed in an open courtyard. While the museum is, of course, well award of the need to continue active, ongoing preservation of these vehicles, I would be happier to see them under cover. I recall a proposal to move some of these vehicles to a new museum at Bastogne. Not sure, given the recent financial crisis, that this plan has gone ahead. Best regards, JR.

Preservation is the thought these days, some parts will have to be replaced, or repaired, like the plate armor that has suffered from season cracks, and rust. Plates are easy, lots of replacement materials available, doesn’t have to be armor. There is some manner of plan to produce plans for the FT-17 so one may construct a working model in full size, even some pipe dreaming as to production of a Kit, sort of an IKEA tank. It won’t have a copy of the original engine, but the thought is that modern light equipment engines can be used. Anyway, thats the buzz for the moment.
Bovington does have the “War Horse” Tank to drive around, it also had/has one original that was kept in running condition, but became too fragile to keep in repair. I found a couple images that you all may find interesting, British Tanks being loaded or unloaded from rail cars. By the looks of the troops headgear, they may be Germans. 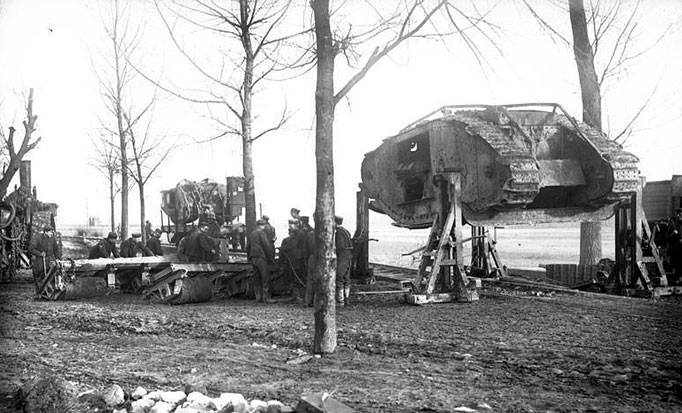 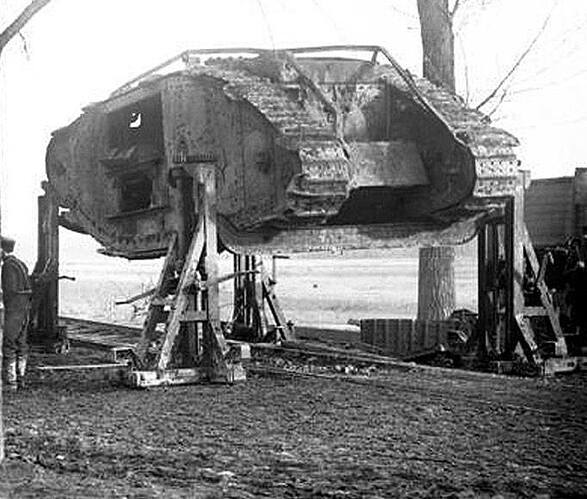