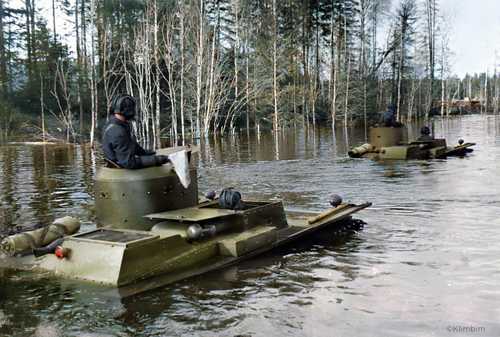 This is a companion discussion topic for the original entry at https://www.ww2incolor.com/gallery/colorizations/61821/red-army-amphibious-tanks-crossing-the-river
DieGrosseSchlag November 16, 2020, 12:48pm #2

The T-37A was based on the British Vickers tankette. 2,552 were produced from 1933 to 1936. Armament was one DT 7.62 mm. machinegun. They saw service in Poland, Finland and in the early stages of the German invasion and were used mainly for reconnaissance, communications and convoy security.