The Battle of Campbell's Station

This action took place on 16 November 1863 in the small town of Campbell’s Station,Knox county Tn. just West of Knoxville, where The Concord Road from the south, met Kingston Road which lead directly into Knoxville.
CSA Gen. Longstreet, in command of two divisions of regular forces, and about 5,000 of Cavalry moved to cut off U.S. Gen Burnside, and his forces from regaining his Earthworks in Knoxville. The crossroads at Campells Station was the only place Longstreet could use to accomplish that aim, as Kingston road would bring him directly into Knoxville, just a short space of miles distant
Longstreet’s idea was to arrive at the crossroads before Burnside, forcing him to commit to a battle outside of his own defensive works. This delaying action would enable the Confederate Army to make their way to Knoxville safely.
This however, is not how it went. After a forced march in the cold, rainy weather, Burnside found himself in possession of the crossroads, and deployed his forces across Kingston Road. Longstreet was not long in arriving, less than a half hour later, the confederates initiated the fight with an attempt at double envelopment of the Union, in order to turn both their flanks simultaneously.
The division of CSA Major General Lafayette McLaw, attacked with such ferocity that the Union right flank had to redeploy in order to hold their positions, but hold they did. On the other flank, the Division of CSA Brig. General Micah Jenkins failed to maneuver effectively, and so failed to complete their mission.
U.S. Gen. Burnside had two Divisions placed athwart Kingston road, and using other forces in support, effectively maneuvered these divisions nearly a mile to the rear to a ridge, and once he had gained the high ground, had blunted the Confederate attack which was then suspended while Burnside used a “retrograde movement” (I’m guessing that means successive, or alternating bounds) back into the fortifications supporting Knoxville.
I have written a bit about the later Battle for Knoxville, and the abortive assault of Ft. D ic kerson which can be found elsewhere in this section.
The pics are of a small memorial park to Admiral David Glasgow Farragut, who was born there. (the place is now the town of Farragut) A few hundred yards the other side of this view is the area in which the battle took place.
I have to point out that the terrain of Knox County is Hill Country,being the foothills of the Smokey mountains (Appalachian Mountain range) and excepting for roads, rivers, and the rail system, there are few ways to move large numbers of men, and equipment that do not involve Miracles. Today, when I drove over there, the trip from Knoxville to Campbells took about 15 minutes in moderate traffic. The battle space is now covered (where it can be) in the usual suburban development.
Next is a 32 pounder gun taken from a U.S. Ship, perhaps one of those commanded by Farragut its filled with concrete to keep the locals from saying things like Hey Y’all watch this! and then blowing something up.

The next gun is a 9inch Dahlgren couldn’t see any numbers, but it has an Anchor up near the trunnions. also full of concrete. I don’t know if the carriages are genuine, or cobbled up for the Monument setting.
then we have the Statue of the Admiral, and a stone telling of his early life. The other stones have stories of his career, and the actions in which he served. 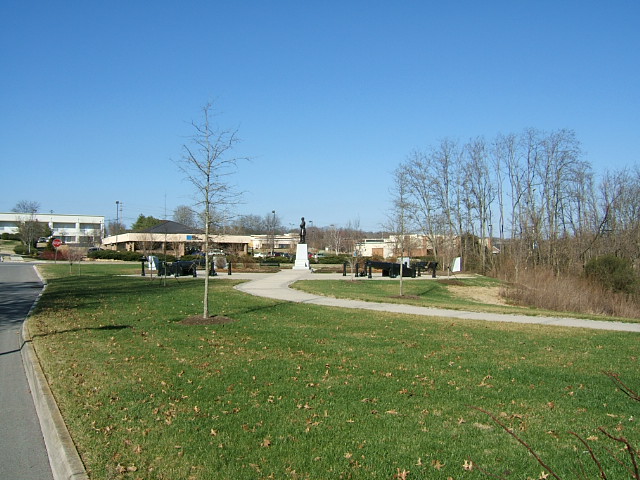 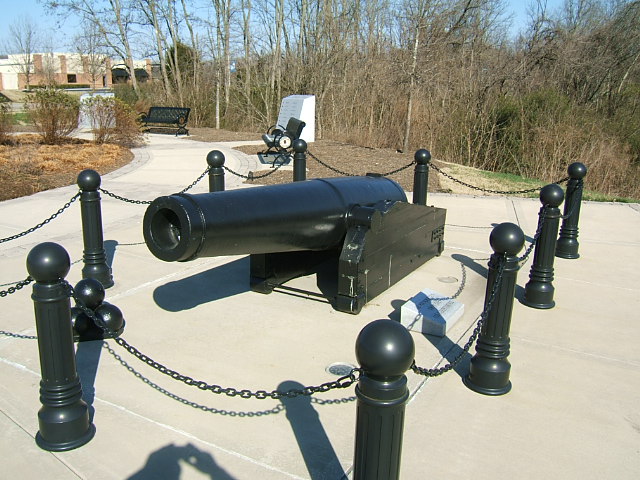 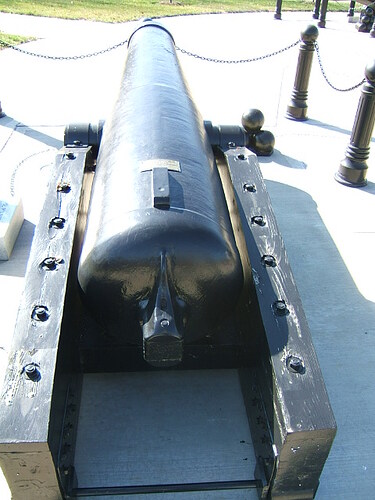 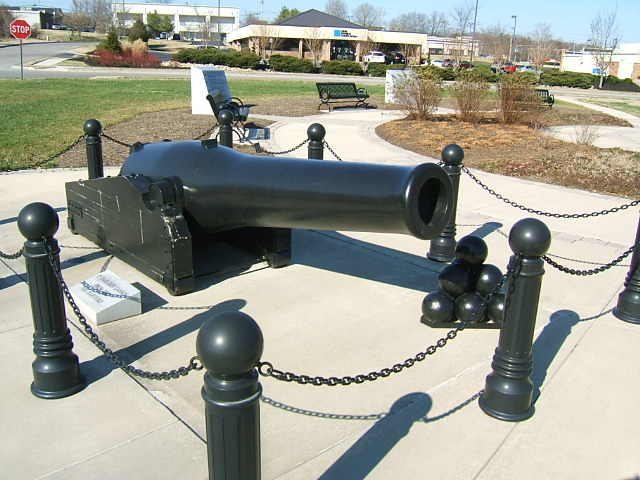 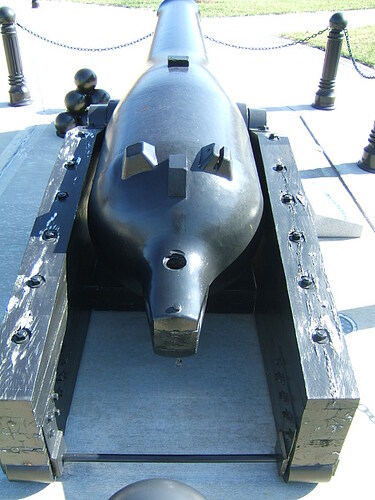 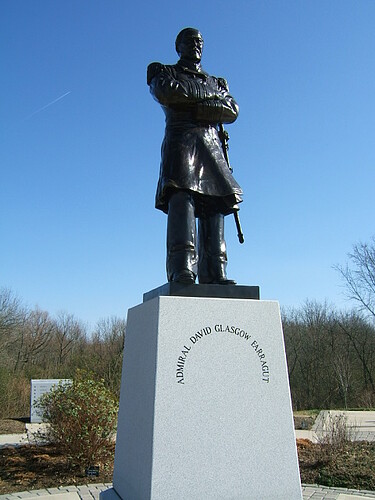 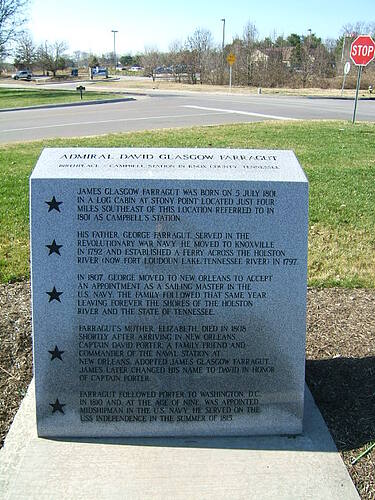 I visited the battle field today, to get some pictures of the space as it is today. For the most part, its covered over with commercial, and housing development, with little open space left. The ground is uneven, rolling, to hilly, and with the trees, and brush it would have been a less than optimal fighting space. The only available high ground was the campus of the local High School, overlooking a mini-Golf place. This is where the fighting took place, and in the distance a bit the ridge that the Union troops under Burnside had as their position can be seen. Burnside’s men were on both the ridges, and the low ground if front of them on each side of Kingston Rd. To deny Longstreet’s troops an easy avenue into Knoxville.
Other pics are of Concord Rd. showing a bit of the old cemetery which the Confederates would have passed on their way for another mile till it intersects Kingston Rd. and this is where the battle was joined. And the rest are of some of the area where the low ground fighting took place. All that can be seen in the battle space to indicate that a significant Battle took place, is a State historic marker sign by the road side. 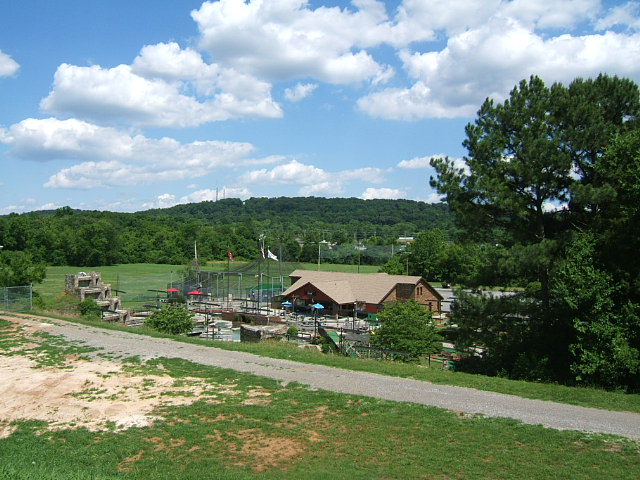 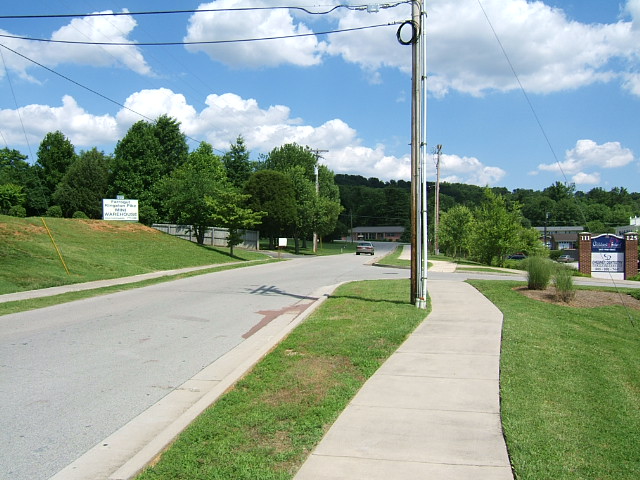 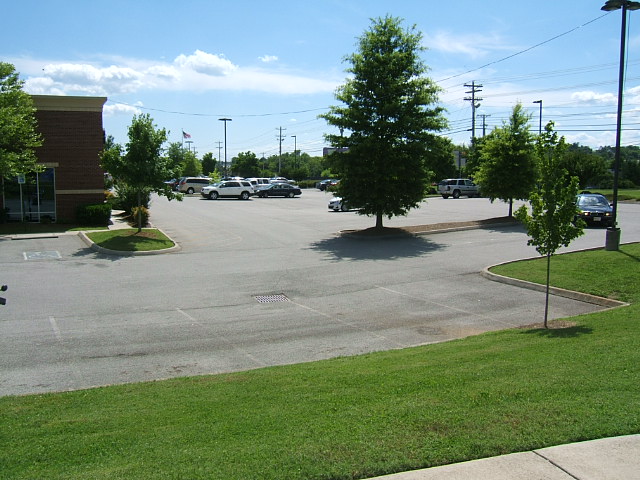 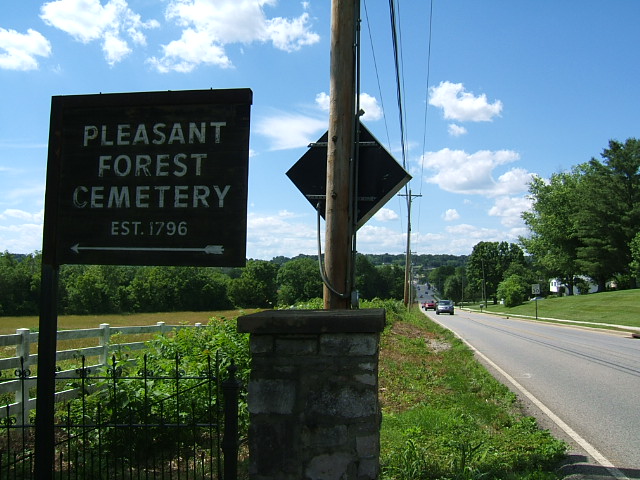 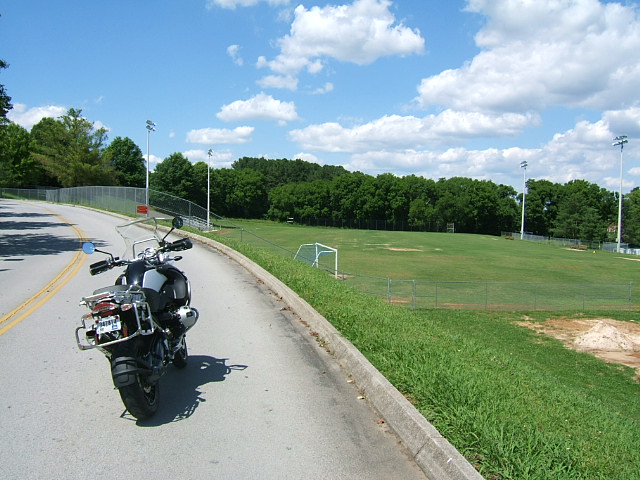 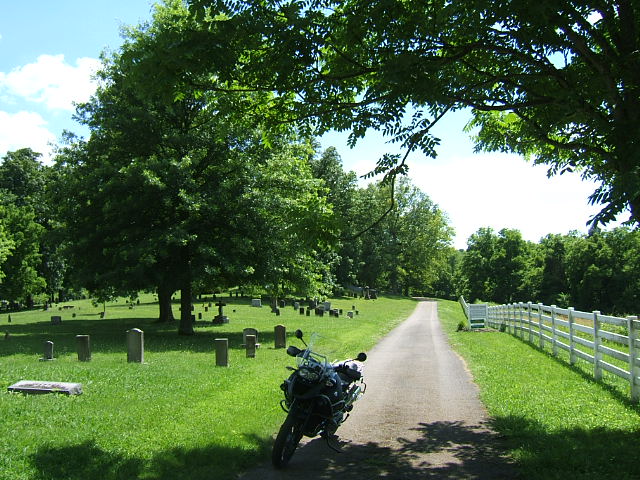 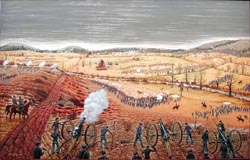 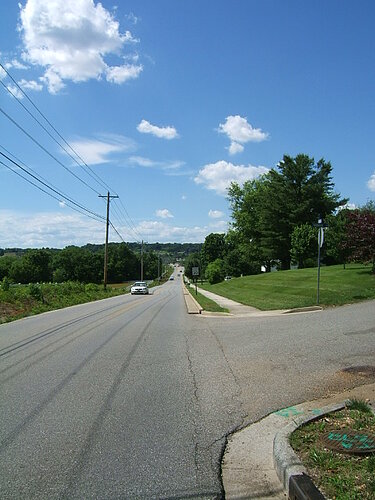