WARSAW, Poland — A Polish historian says he has made a surprising find when poring through World War I archives — he discovered the death certificate of the Red Baron.
http://www.torontosun.com/news/world/2009/12/07/12065601.html

Maciej Kowalczyk said Monday he found the file on Baron Manfred Albrecht von Richthofen while going through old German archives in Ostrow Wielkopolski, in western Poland. The area was formerly German, and Richthofen was briefly stationed there.

The certificate does not cast any light on who shot the famous WWI pilot down — Australian ground forces or Canadian pilot Roy Brown.

But Kowalczyk says it is notable how Germany’s top fighter ace, with 80 kills, was treated like any other casualty in death.

The one-page report misspells Richthofen’s name and says simply he “died from wound sustained in combat.”

Yes, his death is heavily debated and claimed by many… as with Michael Wittmann.

My great great grandfather was Lothar von Richthofen, the younger brother to Manfred von Richthofen (the Red Baron). I’ve wondered also the manner of death my ggg uncle. I talked to my grandparents for a while about this a many yeers ago. In the mid-80s, Manfreds body was excavated and moved to Wiesbaden Deutschland. The third resting place. Scientists or military enthusiasts asked to first examin the body, and we agreed (I wasn’t alive ahaha but my family agreed),. They discovered way bullet pierced him was surely from the ground, unless Roy Brown was shooting from below, which I don’t believe. Our families position is that our beloved uncle/cousin Manfred was killed by Australins. 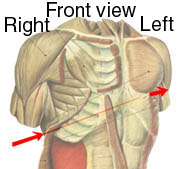 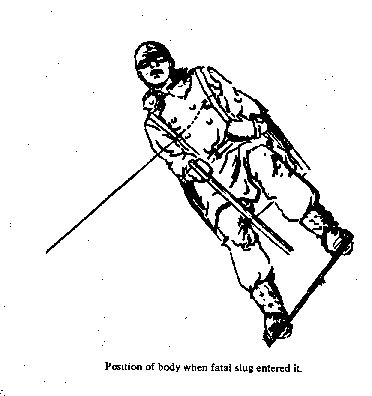 hahaa i meant i am great great granddaughter of Lothar, ggg niece of manfred. sigh hahahaha. I made this so late. I got 2 hours of sleep. Do i need to show you my birth certificate, family tree, etc? Im not here to prove anything. I just share my knowledge from myfamily.

No, but unfortunately this forum gets more than it’s fair share of nutcases, so when new members show up making unusual claims the mods keep a close eye on them. We have a few other things we keep an eye on (e.g. location given as Germany, IP address as Texas). When one or more of these are present the member goes on the list in the War Room of “people we need to keep an eye on for a while”. We normally chill out after a few weeks unless other things crop up (e.g. they appear to be closet neo-Nazis, have multiple accounts, etc.).

hahaha my ip adress is texas?? i’ve never been there before

Haha i’d like to go though! see the cowboys!

Well, like I said, I’m not here to prove anything. You don’t have to believe me, because of course this is just the internet. I guess anyone can make claims. But i’m telling the truth, and that’s all I care about ahha. and i understand your concern too! i would do the same thing! i don’t really plan on posting here very much ever again because i’ve already been offended.

And by the way, this topic wasnt about proving who/where people are. i was here to shed my opinion on this debated subject of manfred’s death. why is that so wrong??

But Kowalczyk says it is notable how Germany’s top fighter ace, with 80 kills, was treated like any other casualty in death.